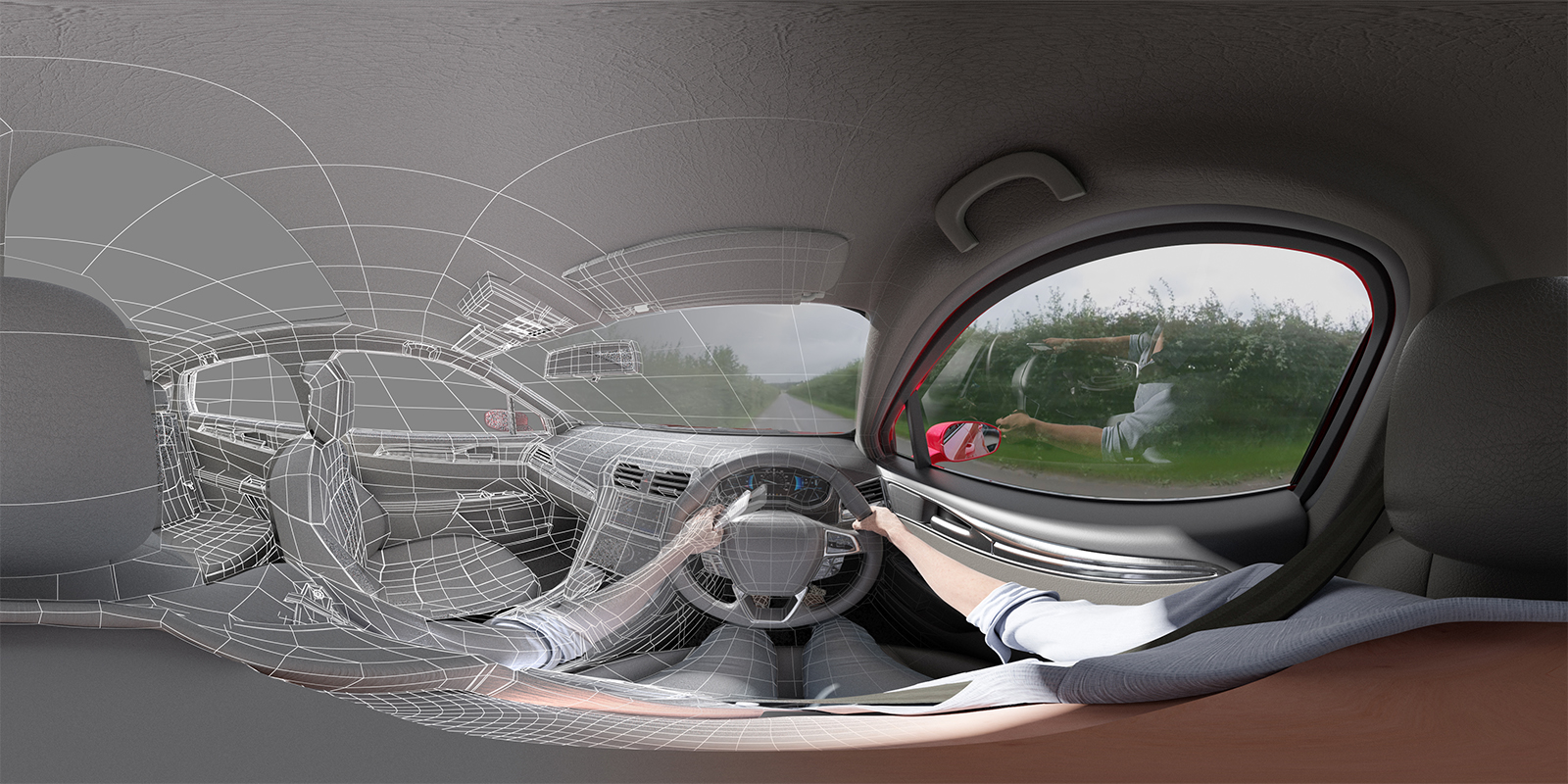 Our First Project to Mix CGI VR and Live 360 Footage

We love a challenge, so when our friends at Superla came to us and said they want to combine CGI VR with live 360 footage for a distracted driving campaign 360 video we said "hell yes!"

The concept behind the video is simple - distracted driving kills. But how we showed this concept wasn't as easy, and we had to overcome some technical and creative hurdles.

Don't let a single moment of distraction change your life. #ParkYourPhone and follow #Cartesy when you head out next time. Take the pledge here: http://bit.ly/2xpS7vE

For our part, we produced the car interior, which is entirely CGI! The character is also CGI too. Creating photo-realistic content is something we do on a daily basis, but the challenges of the project pushed our technical knowledge to the limit, and beyond. To seamlessly blend the live footage, with the CGI car interior, we had to match the lighting, but more importantly, the reflections. Then throw in some motion capture, super high resolution footage, and numerous other challenges!

Superla did a cracking job with the live 360 footage, post production and leading and directing the animation. For the character animation, we used the Rokoko motion capture suit, then refined the animation before rendering the animation. I personally love the text message alerts, which divert your eye away from the road, which is of course the video's aim is to distract you as you drive along.

We believe 360 video has a big future, especially when telling an engaging story. By viewing the 360 videos on a VR headset, the immersive experience is unlike any traditional media. I believe in 2018 we will see a growth of VR and 360 content, and it's certainly something we're excited to be a part of!