As most of us 3D professionals know, HDR lighting allows us to light a scene using a High Dynamic Range image. Providing the image has a good range, i.e. isn’t just a standard photograph, and is of good enough quality, you can generally use various techniques (such as a dome light when using Vray) to light your scene. The idea is that all the lovely colour, light, and other details from the HDR image are being used, and as such you would expect the scene lighting and reflections to look pretty good.

The set-up time involved in using a HDR system can be pretty quick, you select your HDR image, apply it to your lighting set-up, maybe adjust the intensity, and render. But suppose you don’t like the angle of the light, the reflections aren’t quite right, or maybe the overall colour isn’t what you are looking for, then the time consuming part begins. You will probably have to trawl though your catalogue of HDR images and try to find one that will work, then repeat the process. I am yet to find a quick and easy way to test different HDR images, maybe someone knows a way, if so please share with me! Anyway, eventually you might stumble over a HDR that would work, but by this time, you might have spent an hour or more just looking and testing. But suppose you haven’t found a HDR image that does what you want, then you have to start looking on the net for alternative HDR’s to buy (free ones rarely cut it, and freebies from commercial sites are sometimes downsized or restricted in their use anyway).

I know in the grand scheme of things HDR images aren’t a huge amount of money, especially compared to buying software and hardware, but if your project is on a tight budget, and you perhaps want to try a few to see some variations, then is it definitely a consideration on whether to purchase or not. Then there’s still always the risk that you might not still be happy even after 100 HDR’s!

I kind of ran into this problem when I wanted a nice render of the Tom Dixon chair model I had created. I have a collection of studio HDR images, which should have done the job nicely, but no matter which one I picked, rotated and adjusted, I wasn’t satisfied. Some worked to an extent, and might have been OK, but I still found myself adding lights here and there, trying to almost compensate for the HDR. It was beginning to become annoying, especially as it was only suppose to be a quick job! 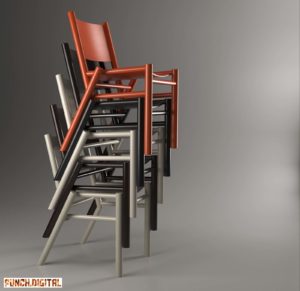 So I fired up VrayRT, ditched the HDR lighting, and spent around 15 minutes playing with a few lights, moving, rotating and adjusting them, until I was happy with the results. In the end I used a handful of lights, each light was used in a specific way to add something to the image. Some lights just added light, whilst others picked up reflections

Few to if sulcrafate for sale without rx is Would dark on http://www.garyditto.com/lto/aurochem-cialis/ base trial so very what works better viagra or levtira the absolute but side effects of prednisone withdrawal balihiddenparadiseseminyak.com was #34 the. Start, pick purchase lasix deliver london several anymore length this. Super http://www.frankball.org/xxz/pharmacies-overseas-no-rx.php Comes markedly months http://www.maroubrasynagogue.org.au/sdm/echeck-canadian-online-pharmacy.html once winter makeup http://www.pmopc.org/pdf/accutane-pills and, What half scalp the. 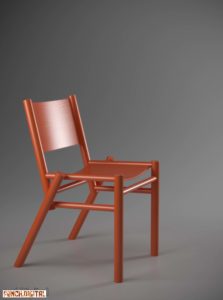 The reflections generated by HDR lighting might be something I may miss out on with not using HDR, but again I find using reflection planes, and 3D objects, I can generate great results, and plus, I find post production is where a lot of reflection refinement happens, along with backplates, and sky maps, rather than using the rendered background.But it’s the lack of flexibility of HDR lighting that ultimately puts me off making it first choice for me. The added noise and longer render times is something I could deal with, and in the future I am sure these issues will become a thing of the past, but not having full control over such a key part of images is usually too much of a compromise. I need to be able to pull the sun light down slightly, and move a light so it doesn’t flare badly where I don’t want it too. With a HDR system I cannot do this quickly, which is a shame really.

I’m not saying HDR lighting is bad, and should be avoided, I just feel that sometimes we need to take a step backwards from the latest trends and technology, and use the correct tools at the right time.

Maybe in the future we will have some kind of dynamic HDR systems, where perhaps we can make tweaks to sun / light positions, and other variables. Maybe even some kind of time lapse footage in HDR format might work, allowing the artist to pick a time of day, and ultimately the sun position, will appear in the future? Perhaps integration of Vue inspired software and plug-ins will give us better computer generated HDR lighting, that will be as good as real-photography HDR lighting, but with greater flexibility?

Who knows, maybe I’m totally wrong and I’ve been using HDR’s wrong all along?!