New tech excites me, and this augmented / virtual reality project created for BAE Systems is something I'm massively impressed with. In an episode of Click, a BBC tech based show, they look at how augmented and virtual reality work in partnership to give the user a huge amount of control by immersing the user into a virtual world.

The video can be watched on the iplayer here -

The command centre uses a mix of new technology, with perhaps the most recognisable tech being the Oculus Rift (the large head set), but the command centre also takes advantage of gloves, cameras, and other interfaces to allow the users to view, control and interact with the virtual world. 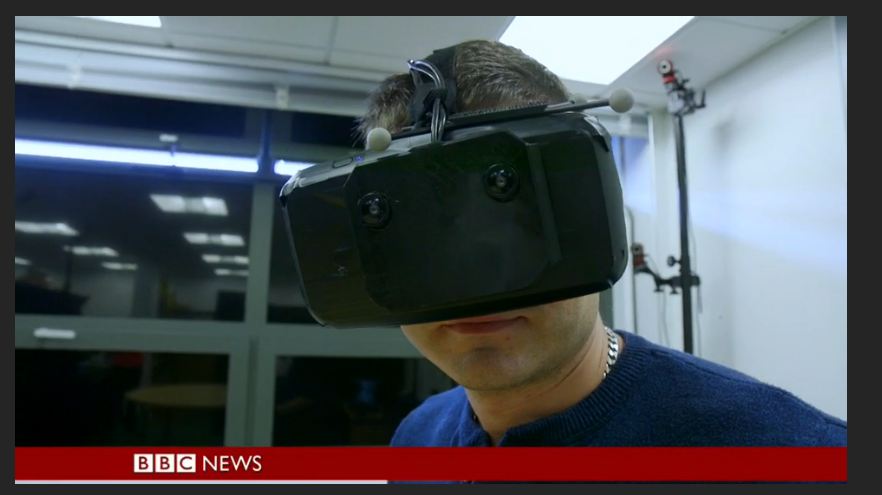 Mixing virtual reality with augmented reality has been used to great effect, in this case the wooden table is used not only to project the virtual world onto, but also to give the user something real to touch. I imagine it's also very useful for resting the users hands, as hovering in mid-air can soon become quite tiring. 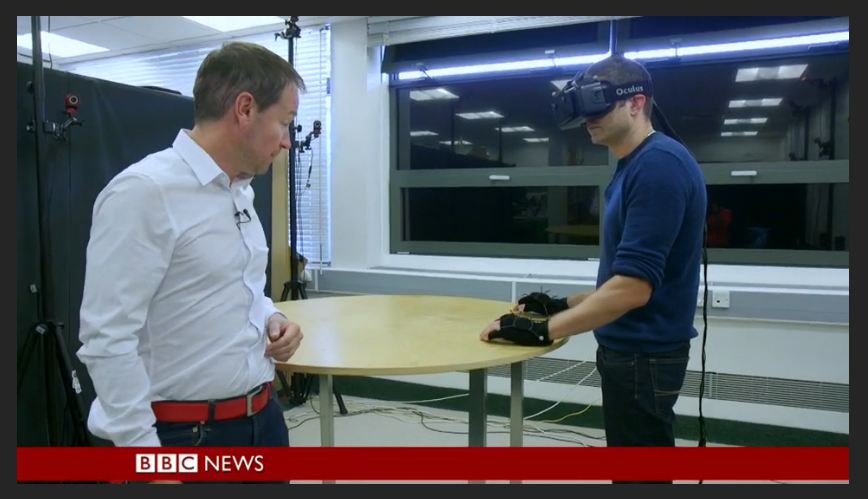 The augmented virtual world is mainly projected onto the table, however other 3D objects are visible away from the table, such as the fighter jet, and the personal assistant. 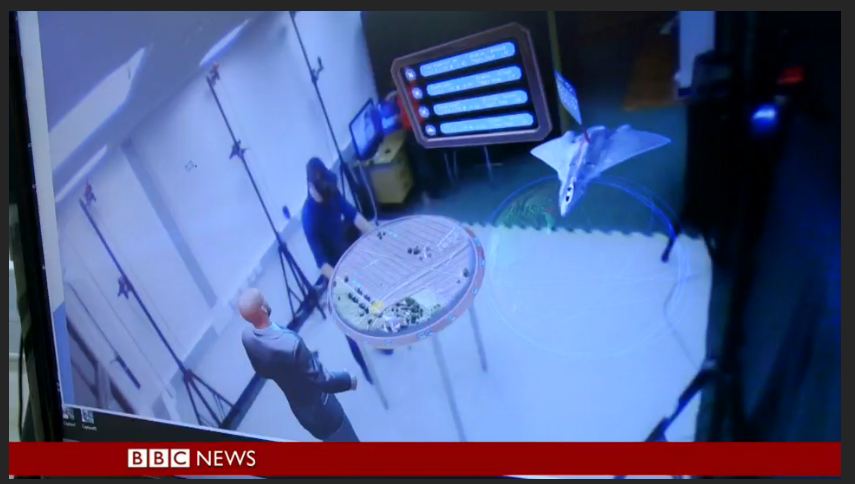 The software developed for the command centre is perhaps the most impressive part of the project, and gives us a brief look into what's possible. In this demo the user can quickly see live video from the real world scene, but the view could view anything they need, from drawings, to written reports. 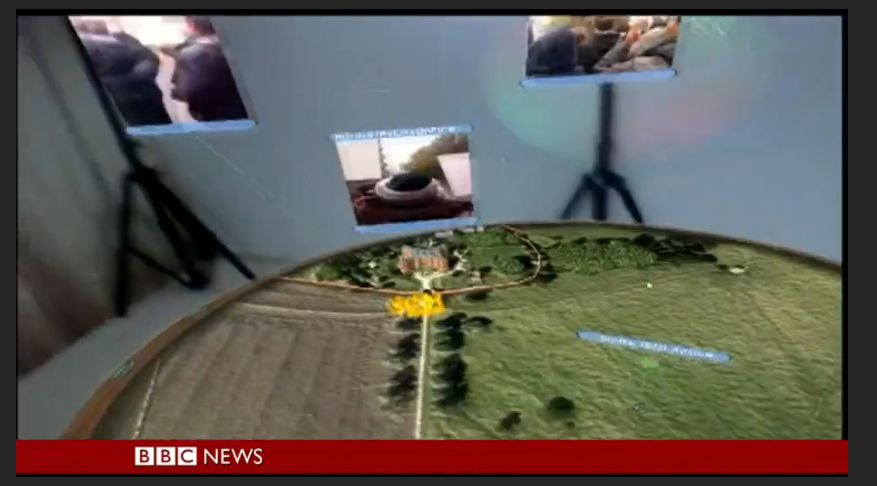 The video also glimpses at another peice of tech which I love, and that's 3D scanning. In the video the command centre can see real-time updates from 3D scanned data. Presumably the area is scanned with a drone, and the point cloud data transmitted back to the virtual world. 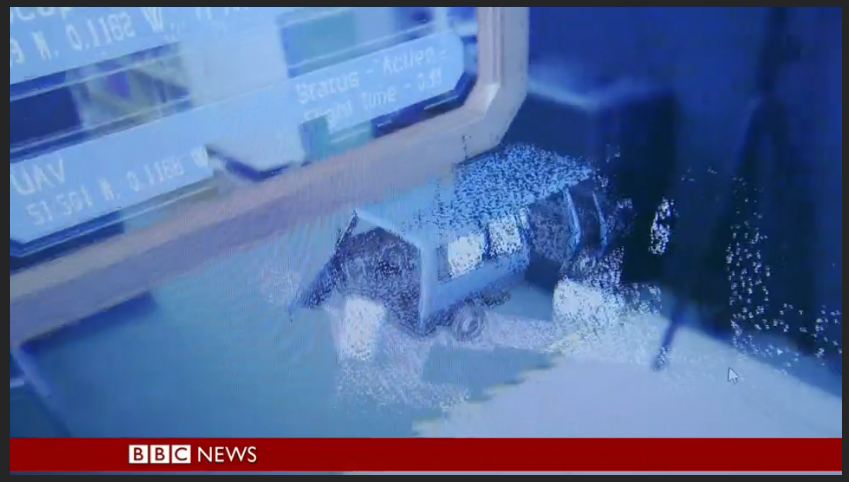 If you're interested in this kind of tech, watch the video, it's seriously impressive stuff! I can't wait until this kind of project becomes mainstream, and eventually the norm, until then I'll just have to keep tinkering and experimenting with my own virtual worlds!