It's of no real surprise that massive organisations such as NASA are using virtual reality to help test, train and develop their environments and users, in fact you'd expect them to be the leaders in new tech, and demoing things which we hadn't even heard of.

So when I saw this short video, showing a user controlling a robotic arm to simulate lag in a zero gravity environment, I was a little surprised to see them using an off-the-shelf Sony VR headset (Project Morpheus), which will be available to buy in 2016, presumably to be primarily used with the Playstation 4.

For myself, this is quite a big deal, the virtual reality headset will probably be priced at around £500, and to consumers who only want to play games this may seem high and hard to justify, but if you think about it, the price is much lower than a new TV, and will likely give you a much more immersive experience than a TV or monitor.

Playing games is one thing, and ultimately gaming has really driven this technology to this level, but what about the other possibilities for this kind of hardware?

Of course we can look to use the headsets for interactive architectural walk-through, or to visualise new products in full 3D, and I'm sure we'll see an increase in demand for these types of projects. Selling a housing development "off-plan" may be replaced by selling "off-VR", allowing potential buyers to walk around their future neighbourhood, and explore their future home. 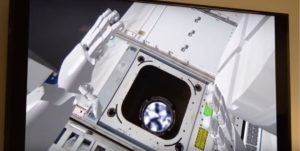 The VR headset and controllers in action.

However I also see a massive use for VR in development, simulation, testing and training, which is what the video explores. Again architecture and product design may find virtual reality useful to develop and preview architecture and prototypes, uncovering potential design flaws, or perhaps even for user testing and focus groups, which could potentially mean architects and designers could trial several designs in a much more cost effective manor.

Training and simulation could also be a great use for virtual reality. As the video shows, the software can be programmed to different scenarios for any environment. A factory could be tested before it's built, and any design flaws could be rectified before actual construction of the building, saving companies a huge amount of money and time.

Staff could also be trained to use new machinery, even before it's physically there. This could cut down on training time, and also allow users to familiarise them selves with the machines in a very safe way.

Simulations can also be run, perhaps allowing users to experience an emergency situation. The software could be programmed to record and feed back on the users decisions, speed and alertness. The information could then be analysed, reviewed and acted upon, perhaps making the training more valuable and useful for both trainers and trainees.

The technology behind the VR headset is of course cutting edge. We haven't really seen any consumer based VR head sets before, OK there's the Samsung Gear, Google Cardboard and arguably the Oculus Rift, but with 2016 looking like it will be a bumper year for virtual reality and headset hardware we could see the use of VR rocket and become almost mainstream.

For sure, a VR headset is on our wish list for 2016 and there's quite a choice of headsets too. There's the Sony VR headset, HTC Vive and the full release of the Oculus Rift, all of which look impressive, and should in theory be around the same price range, so the choice looks like it will be down to software compatibility and personal preference.

The future of VR is looking strong, and we can't wait to become a part of it, pushing and playing with new technology whilst creating new virtual worlds and environments! We simply can't wait to get our hands on a headset, and see where we end up!