In this blog post, I'm going to give a very brief overview and breakdown of how an image goes from 3D polygons to an image ready for print. 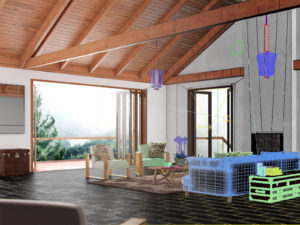 Image: From polygons to print

Recently I completed the Alpine Lodge CGIs. This project is typical of the way I construct a CGI room set, and as the images were really nice to work on, I thought I would explain and break them down to show various stages.

When working in the 3D software, in this case 3D Studio Max, previews are used to visualise the scene. Typically wire frame views, and simple shaded views will be used when constructing the 3D elements. This gives quick feedback to anyone involved in the project, as the composition and arrangement is quite clear to see. It does look untidy, and there is no lighting, but this kind of view is instant, unlike a final image, which can take several hours to compute and render. 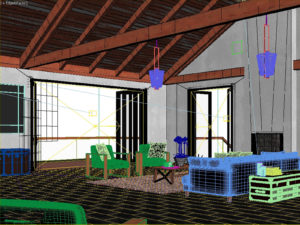 When constructing room sets, or even architectural projects, generally only what is going to be seen in the final image will be create. This is purely to save time. Objects behind the virtual camera are discarded, unless seen in reflections, and building or rooms float in an empty virtual world. 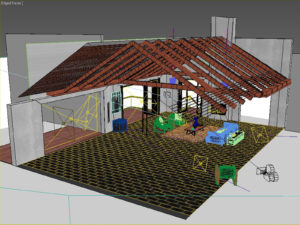 After the set is constructed, lighting effects, material properties, and other detail are added. Now the images are starting to look like the final image. The image below shows how the 3D software produces the image. It isn't a one click solution, and time spent lighting and fine-tuning can be just as long, if not longer, than constructing the room set. The aim with this rendered image is to have a nicely balanced image, ready for post-production. 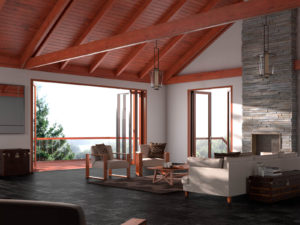 The image produced from the 3D software wasn't quite right, the image was too dark, parts of the image were the wrong colour, and the background needed to be adjusted. Some artists will try to achieve the final image solely inside the 3D software, but I find this very counter intuitive, as simple adjustments can be made in software such as Photoshop. When working in the 3D software, I want the image to have enough depth, colour range and contrast to make changes in post-production quick and easy. 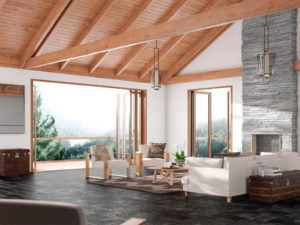 I also use a process of layers, adjustments and fine-tuning to control the image to control the finish, colour and look of the final images, perhaps I'll go into more detail on another blog post in the future, keep watching!