Not only do I use 3D software to create beautiful images of architecture, interiors or products, but the software and techniques I've developed can be used to create more "graphical" elements, and in this case I created a font set to use with the Ard Digital logo and other marketing media.

The font was initally developed to create a new Ard Digital logo, and is based upon polygon / fractal concepts. The simplicity of the font silhouette is deliberatly in contrast to the random and chaotic polygonal shading. I personally love how each letter is unique, but uniform at the same time and I also love how my eyes flick from letter to letter looking at the finer detail and shading, much in the same way I would look at an Eboy illustration. 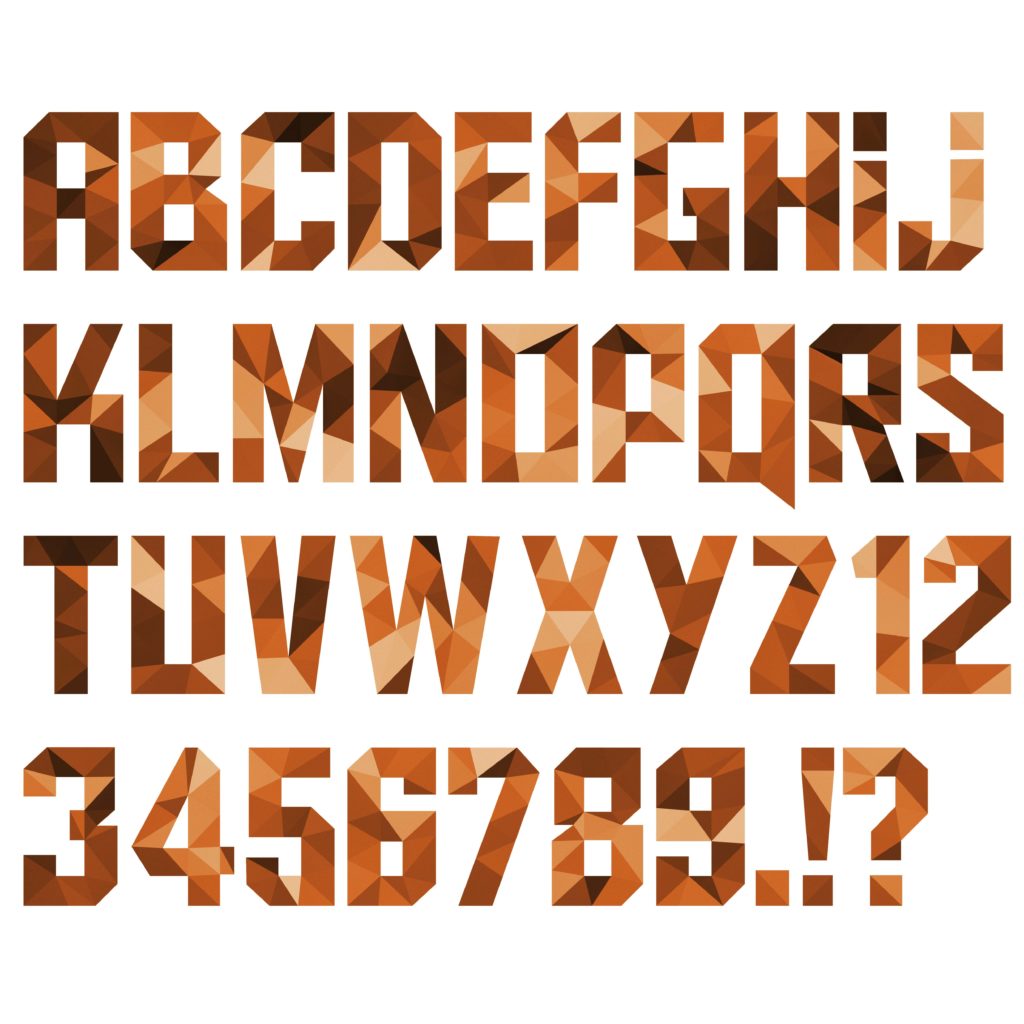 Unlike a traditional 2D illustrator or graphic designer, I continue to use 3D as a basis to create graphical elements. I would imagine an illustrator would use a piece of software such as Adobe Illustrator to draw, colour, and gradient the images. Don't get me wrong, using illustrator is fine, and has advantages of 3D, but for me the speed and creativity I can produce from using a 3D based software easily out weighs the 2D type software. 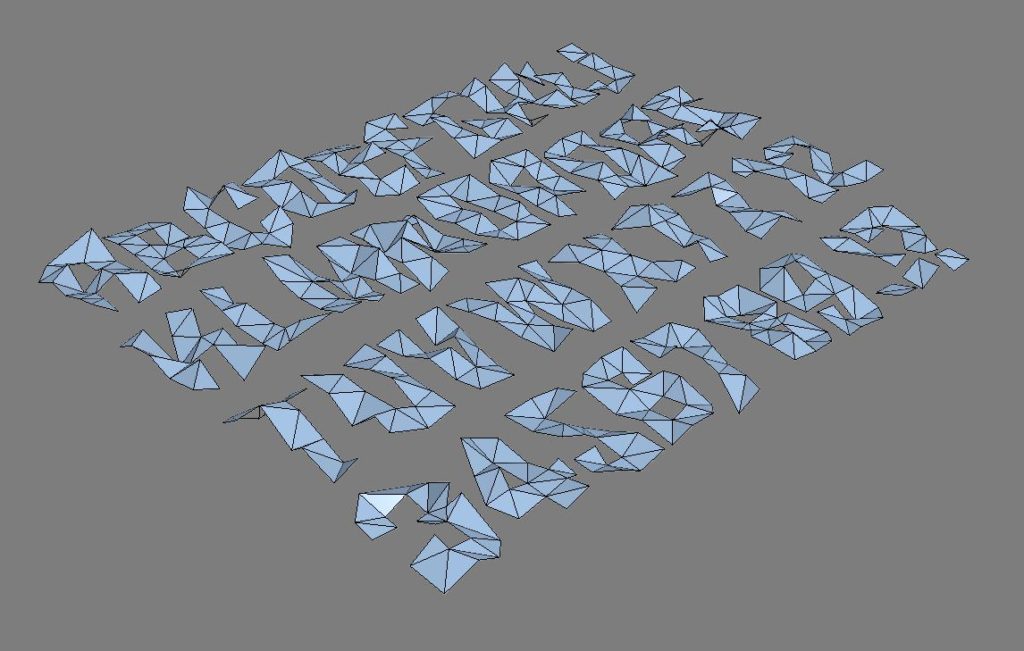 A 3D view of the font within the 3D software.

The above screen capture shows the font in it's most basic form, a chaotic set of polygons, which from this angle look unlike a set of letters and numbers. However when viewed from above the 3D models take the form of the finished font, and the random, crumpled effect is less obvious.

This 3D font is just a quick example of how 3D software and techniques can be used in different ways from the usual CGI buildings, interiors and products. For me using 3D is quicker, faster and more flexible. This font / 3D model could now be moved, scaled, or even animated. Maybe creating a small video ident could be the next little identity project for Ard Digital!